Communications Advisor to the President 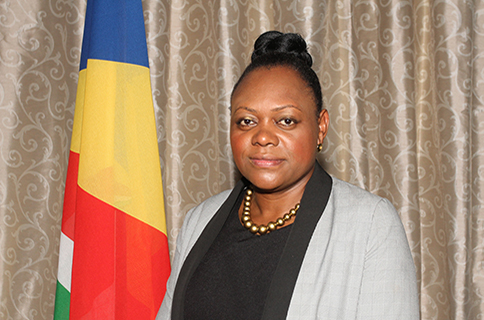 Laurie-mae Lepathy-Ansah was born on 13 January 1979. She is married with two children.

Following the successful completion of her A Levels in English, French and history in 1998, she headed to London, UK, where she studied for a Bachelor’s degree in English and French at the University of Reading. Having graduated with a 2.1 class in 2003, Laurie-mae returned to the Seychelles where she was employed by the Seychelles Broadcasting Corporation (SBC) as a radio and TV journalist. Laurie-mae held this post up to three years before returning to the UK where she pursued a career in internal and external communications.

Laurie-mae was appointed to the position of communications advisor in the office of the President in February 2019.