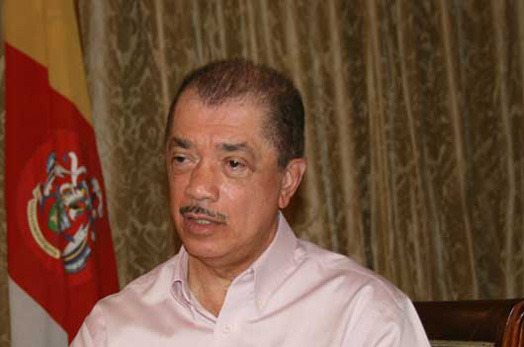 March 29, 2010 -- President James Michel has described small businesses as crucial components of the country's economic growth. He said their development should always be encouraged.Â

The President was speaking in the monthly En Moman Avek Prezidan (Meeting the President) monthly programme on SBC last night.

Mr Michel took the occasion to point out that the banks are not playing the role they should in a liberalized economy. He called on them to find ways to help people with loans that are repayable at lower interest rates.

"Efforts have been made in that direction but they are not enough," explained the President.

"When compared to other banks around the world, the differences in interest rates being charged by banks here are still too high and need to be reviewed again," he added.

President Michel announced that soon the government, which is a shareholder in Nouvobanq and the Seychelles Savings Bank, will ask the two financial institutions to review their interest rates again. This si to allow more competition between the various banks, and help more people have accessÂ  to cheaper loans to do business.

The Development Bank of Seychelles (DBS) too, has also been asked to review its functions and operations, noted the President.

There are now over 500 small businesses in Seychelles. According to the President this shows that we have the right environment for people to start their own small businesses and for these to develop and flourish. He said it was almost impossible for ordinary people to have a chance to set up a small business before the country set out on its economic reform programme.

President Michel pointed out that the reform has brought about many opportunities which being seized by our people. He said there is still room for ordinary people to come in and do business. The number of small loans made available to ordinary Seychellois by the Concessionary Credit Agency (CCA) also attests to the success of the reforms.

"These small loans have played a big role in maintaining our economy during the reform process, and I believe and will always believe that small businesses are crucial components in the country's economic and the creation of national wealth," said the President.

Mr Michel used the tax reformÂ  and the R20 million increase in CCA budget as examples of innovative measures to improve the business environment.

He also spoke of the need for the Small Enterprise Promotion Agency (SENPA) to be more proactive in its role to help small firms develop.