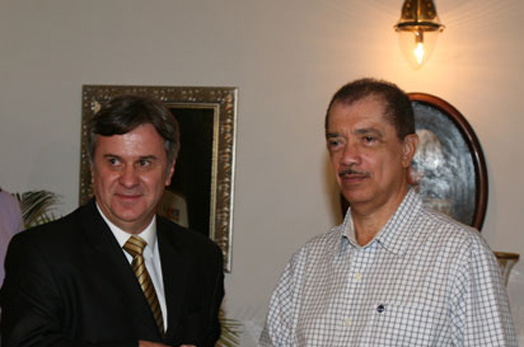 He later called on the Vice-President, Mr Joseph Belmont. Mr Momcilovic, who is Serbia's second ambassador accredited to Victoria, was accompanied to State House by his country's honorary consul in Seychelles, Dr Miodrag Todorovic.

The Addis Ababa-based diplomat said he would explore all possibilities to reinforce and restore cooperation between Seychelles and Serbia to how it was more than 20 years ago during the Josip Broz Tito era, of former Yugoslavia.

He has congratulated Seychelles on its fight against piracy.