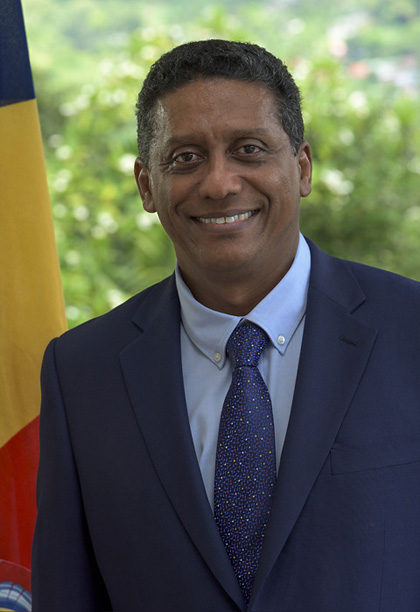 President of the Republic of Seychelles

Danny Antoine Rollen Faure was born on 8 May, 1962 to Seychellois parents in Kilembe, Uganda. He has five children and four grandchildren.

He completed his primary and secondary education in Seychelles and graduated with a degree in Political Science from the University of Havana in Cuba.

As a young man, Danny Faure worked with the Seychelles People’s Progressive Front. He became the Chairman of its Youth Wing and was elected as a member of the Central Committee of the Party. In June 2009, he was appointed Secretary General of the Party.

With the return of Multi-Party Democracy in Seychelles in 1993, Danny Faure was appointed Leader of Government Business of the majority Party in the National Assembly, a post he served for 5 years from 1993 to 1998.

Danny Faure served as Designated Minister from April 2004 to June 2010.

On 1 July 2010, Mr Faure was appointed Vice-President of the Republic of Seychelles, holding Ministerial portfolios for Finance and Trade, Public Administration, and Information Communication Technology.

On 16 October 2016, Danny Faure was sworn in as the President of the Republic of Seychelles. He is the Head of Government and holds the Ministerial portfolios of Defence, Public Administration, and Legal Affairs.