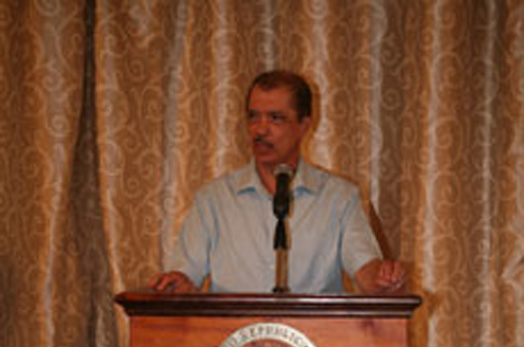 August 10, 2010 -- President James Michel has called on the organising committee of the Sesel i Annan Talan (Seychelles' Got Talent) contest to expand the arts categories to include not only singing talent but other forms of artistic expression.Â

"Seychelles has so much talent, and we need to see other forms of artistic talent in the contest, like painting, poetry and other forms of writing to name a few. I am asking the Jj Spirit board to continue the good work in organising the contest, and to now bring it to another level. The people of Seychelles are proud of this show and proud of the young people who take part in it," said President Michel, who is also the patron of the Jj Spirit Foundation.

The President was speaking at a ceremony held yesterday at State House to thank the finalists of the Sesel i Annan Talan for their participation in the annual music show organized by the Jj Spirit Foundation.

President Michel also thanked all the persons involved in the organisation of the talent contest.

President Michel said that he is proud to be the patron of an organization that has as its mission the development and empowerment of the youth.

During the ceremony at State House the Jj Spirit Foundation announced the Public Choice Awards, following the more than 5,000 votes that were cast by SMS messaging during the finale of the contest.