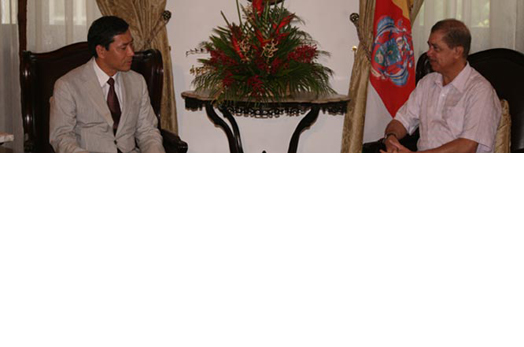 He becomes Japan's 12th ambassador to Seychelles. He is based in Nairobi.

Mr Takata said after the ceremony that Japan planned to step up its joint-piracy efforts with Seychelles to a higher level through world bodies such as the International Maritime Organisation (IMO).

After saying that Japan and Seychelles have enjoyed good and friendly relations for many years, the new ambassador pointed out that there was room to strengthen the relationsÂ  in politics, the fight against piracy, economic ties, fisheries and environment conservation.

The ambassador noted that there had been a cut in the number of Japanese vessels operating within Seychelles' waters because of the piracy threat. He expressed his hope that "better days in that sector are coming".Â Â Â Â

Ambassador Takata signed a debt referring and cancellation agreement on the same date.