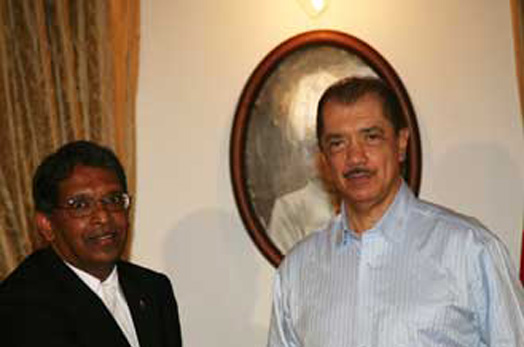 March 11, 2010 -- The final report of an inquiry into the deaths of Rodyanne Elizabeth-Fred and her unborn twins in Victoria hospital on January 1 was presented to President James Michel yesterday.

Court of Appeal judge Anthony Fernando, hwo headed the commission of inquiry, told the media there was medical negligence. According to Mr Fernando, the three lives could have been saved.

Ms Elizabeth-Fred, who was 21 years old, was nine months pregnant with the twins and died of pulmonary oedema, with which she had been diagnosed.

Mr Fernando said Ms Elizabeth-Fred had been in and out of hospital five times between December 20, 12009 and January 1, and there were also times when she was supposed to have been admitted but was not.

The President will review the report and will make the findings public.