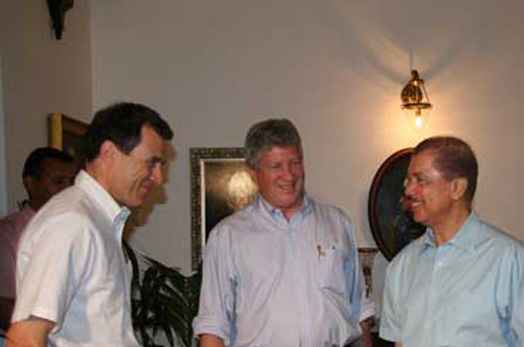 His predecessor, Mr Paul Mathieu, said after the meeting that the ground for strong success has been laid.

Mr Le De Dem said his team will come in May to review the macro-economic programme Seychelles has been undertaking since end 2008 with assistance from the IMF.

Mr Mathieu said it has been a great pleasure for him to have been involved with Seychelles since July 2008.

"One of the pleasures of working with Seychelles has been the dramatic success of the reforms, with major changes in economic and financial policies," he said.

He added that the results were also very fast in stabilizing the exchange rate and reducing the budget deficit to end up with a surplus.

"We've seen inflation reduced to zero and now it's negative. These are remarkable achievements which lay the ground for strong progress," he said.