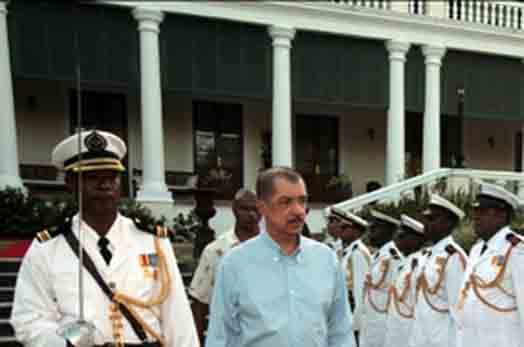 April 8, 2010 -- Members of the Seychelles People's Defence Forces (SPDF) serving on the patrol boat Topaz were this afternoon awarded the Order of Honour in recognition of their brave action to rescue six Seychellois fishermen and 21 Iranian sailors from the hands of Somali pirates.

President James Michel, who is Commander-in-Chief of the SPDF, said at the State House ceremony: "We cannot compare ourselves with the great maritime powers, but the professionalism, tenacity and bravery of our sailors are comparable to theirs. Our sailors aboard the Topaz have made us proud, following their successful operation against pirates. "