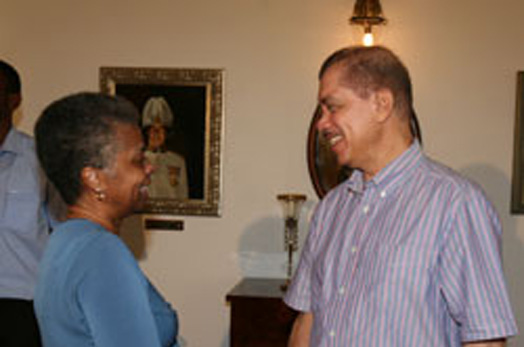 June 23, 2010 - Visiting United States Ambassador Mary Jo Mills said yesterday, after calling on President James Michel at State House, that her country is to step up its help to Seychelles in combating illegal fishing.

"We have prospective programmes to interdict illegal fishing, which we expect to discuss in August," she told the national media after the State House meeting.

The Mauritius-based Mrs Wills said her talks with President Michel were also on continuing programmes aimed at ensuring regional security and countering piracy in the Indian Ocean region.

Trade and development cooperation between Seychelles and the United States also featured in the talks.