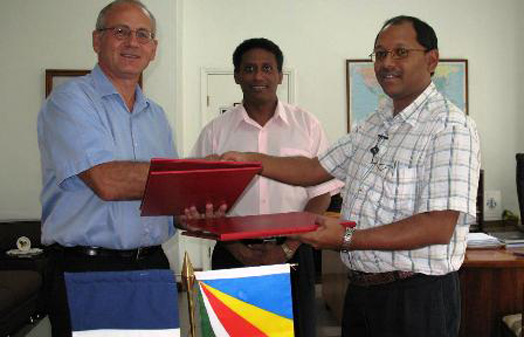 July 7, 2010 -- France yesterday signed a deal to restructure debt owed by Seychelles worth 44 million euros (.03 million) to help the Indian Ocean archipelago put its debts on a sustainable footing.

The deal signed in Victoria between French ambassador Philippe Delacroix and Finance principal secretary Ahmed Afif, enacts an agreement made by the Paris Club of creditors, which in April 2009 pledged to cancel debt worth nearly million. France is the largest lender to Seychelles among the Paris Club.

According to the agreement, France will write off debts of 20.2 million euros while the remainder would be rescheduled over 18 years, with a five year grace period.

"To obtain (debt sustainability) ... it is essential all external creditors, bilateral or private, make efforts similar to those of the Paris Club creditors," a joint statement from the Seychelles government and the French Embassy in Seychelles' capital Victoria said.

It is expected that other countries and private organizations of the Paris Club will individually sign similar agreements with Seychelles on the restructuring of the islands' debts.