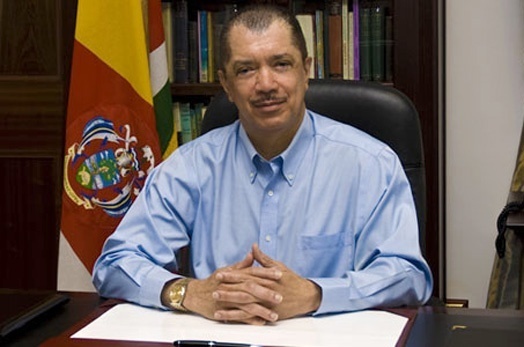 In his message, President Michel complimented President Zuma on his landmark victory.

“It is a mark of confidence, in the leadership that you have provided the people of South Africa and the undeniable strong determination and conviction in making South Africa a beacon of hope and success in Africa and in the world’ stated President Michel.

"Seychelles stands with South Africa today expressing its congratulations as it did twenty years ago, when South Africa was finally free and as it did during the struggle for freedom," expressed President Michel.

As such, President Michel affirmed that the ANC’s victory and President Zuma’s re-election are testament to the resolute spirit of the South African people, and remarked “Unbowed by one of the greatest crimes against humanity represented by Apartheid, they stand with you on this day to remind us all, that even when great evils are committed by man against his fellow man, there is always a path to redemption, and there is always a path to freedom, even if this path may require a long walk."

President Michel added that the re-election of Mr Zuma ensures that the people of South Africa continuously move forward in unity and consolidate the gains made in the past two decades in democracy and sustainable development.

President Michel expressed the hope that the existing relations between Victoria and Tshwane are further strengthened and that Seychelles is profoundly proud of the exemplary partnership between the two countries.

President Zuma was assured of the unwavering support of President Michel who also wished him strength and success in the discharge of the responsibilities and functions of his high office.