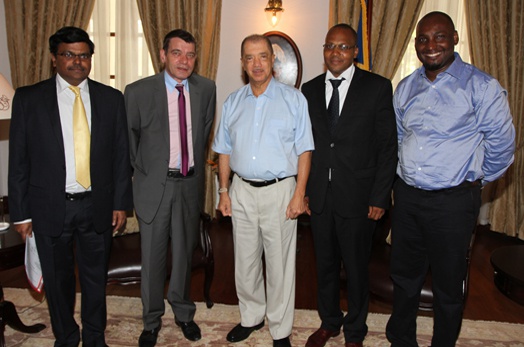 Mr De Faria is in Seychelles for the official launch of the 4G Network (Long Term Evolution 800 MHz network) by Airtel Seychelles, the first to take place in the Africa network of Airtel.

President James Michel congratulated Airtel Seychelles for this technological advancement and encouraged the communications group to continue to develop better services and faster internet for the Seychellois public.

Mr. Christian De Faria thanked the Seychelles government for its support in the expansion of the services and expressed his commitment to the growth of the Seychelles operations.

They also discussed the Airtel operations across Africa as well as future plans for development of new projects.