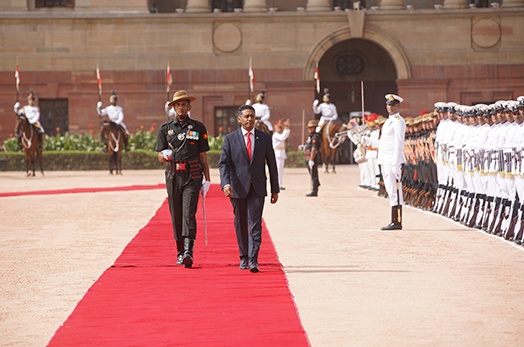 New Delhi, India, 25th June 2018: The President of the Republic of Seychelles, Mr. Danny Faure, was accorded a 21 gun salute and inspected the Guard of Honour at the Rashtrapati Bhawan, the presidential palace in New Delhi, as part of his State Visit to India.

"I am in a great country. The relationship between India and Seychelles is excellent. My presence here is to take this relationship to newer heights," President Faure told the Indian media following the ceremony.

Following the ceremonial reception, President Faure proceeded to the Samadhi of Mahatma Gandhi, where the President laid a wreath in memory of the great leader.